With more than 8000 square kilometers, Lake Titicaca is the largest freshwater lake in South America. Located at an altitude of 3800m, it is also the largest mountain lake in the world and the highest navigable lake. The western part with almost 5000 km2 belongs to Peru, the eastern part to Bolivia. Several larger peninsulas protrude into the lake, including the Copacabana peninsula on the border with Peru or the Chucuito peninsula near Puno.

The region around the lake had a rich history even before the Incas. The Pukara, the Tiwanaku and the Collas settled here, had their empires and left their traces. The capital of the Tiwanaku Empire lies on the banks of the lake in Bolivia and offers some ruins and excavations.

The largest city on the Peruvian side is Puno, and it is best to explore Lake Titicaca from here. The floating islands of the Urus are a fixed program point of every trip and the most important sight on Lake Titicaca. The islands consist of layers of totora reeds, which are stacked crosswise and are abundant on the banks of the lake. Today several hundred of the approximately 2000 Urus still live on the islands. The reeds are also used for the construction of the huts and boats.

Also noteworthy is the more than 5 km long island of Taquile. Around 1600 Quechua-speaking people live here, who maintain their identity and traditions and rarely mix with other inhabitants of the region. On the picturesque islands are hills with artificial terraces and small ruins to the top. The view of the intense blue of the lake and the snow-capped mountains in the background is fascinating. 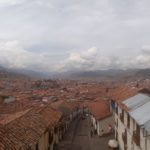