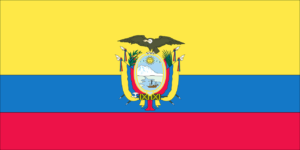 The country takes its name from its location on the equator, which runs just north of the capital, Quito. With an area of around 257,000 km2, Ecuador is smaller than its neighbors in South America, but around three times the size of Austria. Of the 16 million people, more than a quarter are indigenous and around half are mestizos.

Ecuador is located on the Pacific coast and is one of the most diverse countries in the world in terms of landscape. Three parts of the country can be distinguished:

The Galapagos Islands are around 1000 km off the coast. The 13 larger and numerous small islands have an area of around 8000 km2, of which Isabela Island accounts for more than half. Around 97% of the area is under strict nature protection, and around 30,000 people live in the remaining 3% of the islands.

The great variety of landscapes, the biodiversity, the cultural treasures and the ethnic diversity make Ecuador a fascinating travel destination – almost a South America in miniature. The tourism infrastructure is well developed: there are numerous nice hotels, road connections are well developed in most of the country and restaurants can be found almost everywhere. The security situation is satisfactory in most parts of the country.