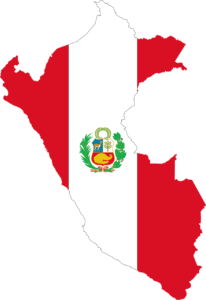 Peru is the third largest country in South America after Brazil and Argentina. Around 32 million people live on almost 1.3 million square kilometers. Close to a third of them live in the metropolitan area of ​​the capital Lima (10.5 million). The country can be divided into 3 landscape zones:

The proportion of indigenous people is large at 45%. The majority belong to Quechua and Aymara-speaking peoples. About 35% of the population are mestizo, 15% is white. There are also some Peruvians of African descent and a significant Chinese minority.

The foreign guests primarily visit Cuzco and Machu Picchu, the most important sites of the Inca Empire. What is less known is that Peru’s history is much richer. 5000 years ago there were already cities in the Norte Chico north of Lima. The Chavin culture flourished from 1000 BC to 300 BC. From AD 600 the Wari established a large empire in Peru. The Tiwanaku spread out in the region around Lake Titicaca, where archaeological sites can be visited.